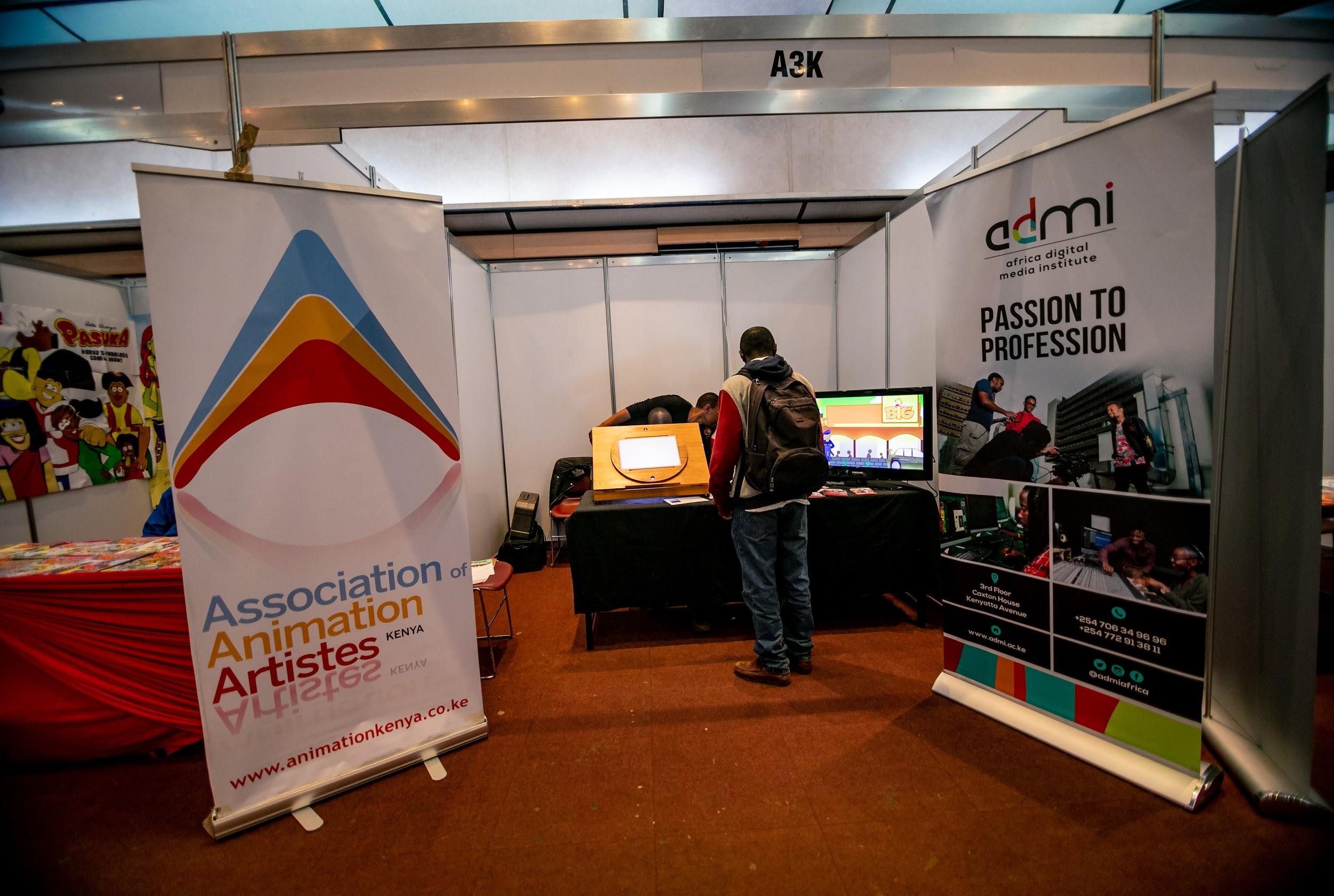 In early 2019 a group of animators gathered to discuss the challenges and joys of working as animators in East Africa.

In attendance were a number of ADMI faculty teachers and animation professionals, including Joseph Nyaboke, Harto Muhato, Naftali Mutruki, and Dennis Mbuthia to represent the Association Artistes of Kenya as well as their companies.

The State of the Industry:

During this unique coming-together, animators shared that most of them made a viable living from graphic design and website work, with only some actually getting the opportunity to do animation for clients. In addition, there was little opportunity to do original creative work for pay, mostly because of the lack of a local market.

However, most agreed that there was a global market for animation series with African or international themes. The challenge was how to get their work in front of these audiences, or distributors who know how to reach them.

When asked why they thought it was viable to sell their original creations overseas, the example of Tinga Tinga Tinga Tinga was cited often. In 2008, Claudia Lloyd, Head of Animation at the London-based Tiger Aspect Productions, was traveling in Africa when she conceptualized a children’s television series based on African folk tales and aimed at four to six-year-olds.

It was commissioned by the BBC  for its CBeebies channel CBeebies and by Disney Channel for its  Disney Junior Block.  Homeboyz Animation provided the local studio of approximately 50 people while Kenyan singer-songwriter Eric Wainaina wrote the music.

The first 3 episodes of 52 premiered on the BBC website in early February 2010. The distribution rights bought by Entertainment Rights ultimately became the property of NBC Universal Television in 2016. Spin-offs include books, merchandise and a musical most recently performed Off-Broadway in New York in October 2018.

So how about an incubator for animators in Kenya?

There are more than enough reasons to start an incubator, with the main ones being:

What we can do to build the industry

Animation should be introduced in schools at an early age. This would not only help nurture talent but also make parents see that one can make a career out of this. Artists should be taught how to work together and stop seeing each other as rivals, which would help them in developing the much-needed pipeline.

We also need to get serious and committed investors who will be willing to help the industry grow without just looking at the returns on their end. Institutions teaching animation across the country all need top-quality software that is up to industry standards.

Building the incubator for the artists:

ADMF is looking to support serious animation artists and give them the boost they need for their work to get off the ground. Chosen animators will need to commit to the program for six months and be ready and willing to travel.

They would be collaborating with seasoned artists from France who would come in every six weeks in order to give a masterclass on the skills that the Kenyan artists lack.

Watch this space as we develop the incubator and nurture some promising East African animation talent.