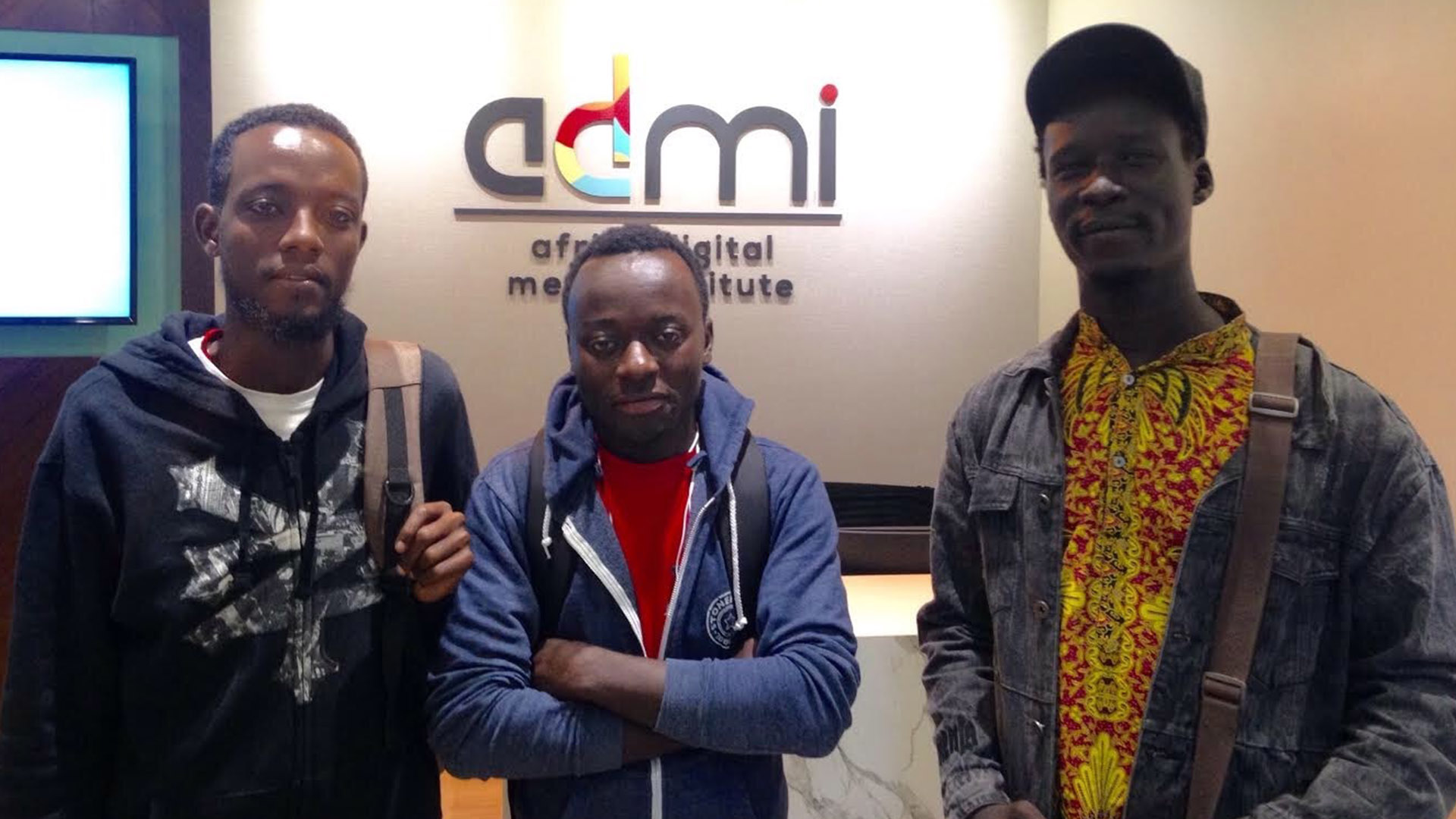 Uche Uchieng, Justin Mahamba, and Farhan Warsame were sponsored to attend the film and TV class at ADMI by Kanini Mutooni, a Young Global Leader of the World Economic Forum.

All three students began their love for film at ADMI’s joint program with FilmAid in 2015 where they spent 6 weeks learning the art of film production.

When asked what he hopes to get out of his time at ADMI, Uche, now a Film and TV Production student, says “I want to produce educational films on South Sudan with a focus on illiteracy in the country. I want to get a source of income through filmmaking so that I can support my family.”

Justin, a refugee from the DRC and the breadwinner for his five siblings, wants to develop his film production company, Tsha Films (Talent Shared Films), which focuses on photography, video production. He already has a short film on YouTube called ‘My story’.

On what informed Farhan’s choice of film school, Farhan told us “ADMI alumni are widely admired and respected in Kakuma. I’ve been looking for a sponsor for 5 years to cater for my education at ADMI, and finally received the scholarship through World Economic Forum. I hope to become a filmmaker who can take my films globally.”