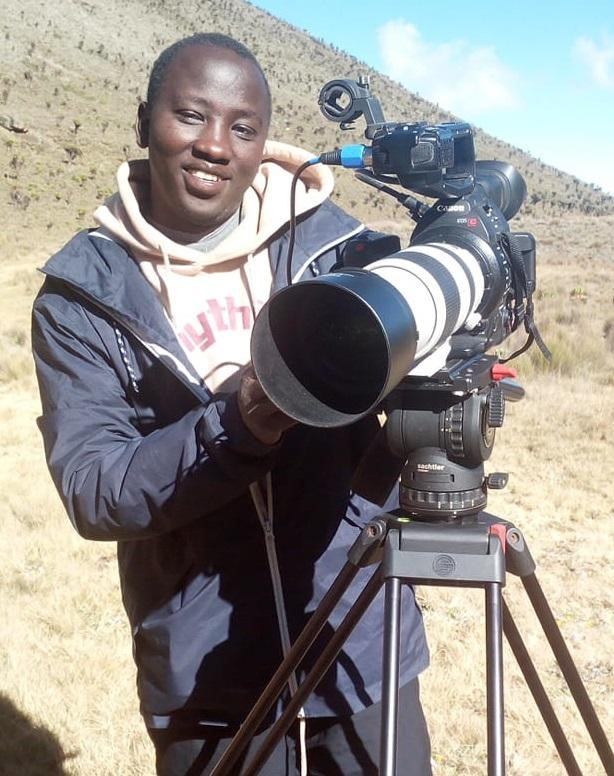 ADMI  has partnered with FilmAid International since 2015 to provide media and entrepreneurship training in the Kakuma and Dadaab in Northern Kenya and Kibiza refugee camp in Rwanda. Students are trained by ADMI’s professional trainers in the high-impact digital skills taught at the Institute including Elements of Style, Public Relations, Media Law, Print Editing, Social Media Production, Scripting, Camera Operations, Editing, and Photojournalism.Upon completion, students receive a Certificate of Film Journalism from the Institute.

A number of refugee students have traveled to ADMI to complete their film education, enabling them to build good livelihoods beyond the refugee camp.

Josephat Lokuya is a graduate of ADMI’s short-term training in Kakuma training where he specialized in Camera Operations & Film Editing. After his training, he was involved in various film productions with organizations such as World Vision, Kenya IRC, and Windle Trust as well as Turkana County Government.

Josephat came to Nairobi to study at ADMI while working at Aga Khan University School of Media as a Drone Operator for the series #givingnatureavoice. While a student, he also worked for NTV on a documentary series in Mt. Kenya. After graduation, Josephat, together along with other beneficiaries, opened a production company based in Lodwar that services most NGOs that work in Kakuma. Watch his inspiring story here.

Thok Thor joined ADMI after completing the ADMI-FilmAid 8-month video production certificate in Kakuma.   While at ADMI, Thok was the director of photography and editor for the Windle International Kenya Annual Student Conference. He also shot a documentary for K’Deng, a South Sudanese singer.

Thok interned at Mum’s Village and is currently working at What’s Good Studios as a Cinematographer and Editor.